John Wesley served as pastor of the Georgia colony in Savannah for 18 months. Rev. Enoch Hendry of Trinity United Methodist Church in Savannah remembers Wesley and the history of his church.

The 1953 movie produced by the Radio and Film Commission of the United Methodist Church is now available online. The movie stars Leonard Sachs as John Wesley.

The 73 minute opens in the churchyard of St Andrews Church in Epworth where Rev. Samuel Wesley is confronted by one of the townspeople telling him to leave town. Samuel leaves church and turns home to the Rectory where John and the other Wesley children are at study. Four minutes into the movie, the rectory is in flames. John is saved, a brand plucked from the burning. From there, the movie jumps to Wesley’s return from Georgia to England. 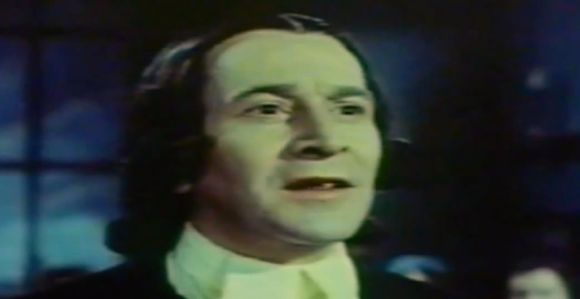 A new UM article focusing on Wesleyan Heritage states that John Wesley and the early Methodists were particularly concerned about inviting people to experience God’s grace and to grow in their knowledge and love of God through disciplined Christian living. They placed primary emphasis on Christian living, on putting faith and love into action. This emphasis on what Wesley referred to as “practical divinity” has continued to be a hallmark of United Methodism today.

Visit the markers in London that honor John Wesley and take a look inside the Methodist Museum and Wesley’s Chapel at JohnWesleyBlog flickr.

Wesley’s Chapel, City Road Chapel in London, is the mother church of Methodism. John Wesley had the church built, preached there and lived on the property. It still serves as a church as well as a place of pilgrimage. Jennifer Potter is an assistant pastor at Wesley’s Chapel.

I just finished John Capon’s 1988 book, John and Charles Wesley, The Preacher and the Poet. It was another of those inexpensive purchases from Amazon that has an interesting surprise. The front page inscription notes, “purchased at Wesley Chapel, London, June 1988.” This is a 158-page paperback, published by Hodder Christian Paperbacks.

The book jumps into the Wednesbury riot in its first paragraph:

As darkness fell in the Midland market-town of Walsall two rival gangs of men were at each other’s throats. The weapons ranged from pitchforks, heavy wooden clubs and bottles to bare hands and clenched fists. In the midst of this heaving, threatening throng, with victims being clubbed to the ground and beaten unmercifully, stood a man who by his dress and demeanour appeared unconnected with the riot – though he was in fact its cause.

Wesley is rescued from the riot by local judges turning away those holding Wesley and finally Wesley convincing the largest of his attackers to become his defender. Five days later, the defender George Clifton, joined a Methodist Society and remained an active lifelong follower of Wesley.

Capon goes on to share the biography of the Wesley childhood in Epworth, college years in Oxford, missionary travel to Georgia, personal awakening upon their return and tireless work  in the years that followed.

What Methodism came to believe owed a great deal to the formative theological and devotional influences in Wesley’s life. Wesley believed in loyalty to the church; the inner experience of God fed by prayer and the Scriptures; an independent mind and outlook; commitment to a disciplined, caring lifestyle; personal justifying faith in the Christ of the cross; the necessity of fellowship and evangelism. Wesley summed it up himself in two words: Scriptural holiness.

Wesley’s dictum (was) never to strike one stroke in any place where I cannot follow the blow. The instrument of follow up was the society. There was nothing particularly new in the idea of small groups of people coming together for religious purposes.The unique ingredient that made them effective was the class system.

Classes met weekly under approved leaders to exercise vigilance over the members of the class. He prepared tickets which he gave  to each of those of whose seriousness and good conversation I found no reason to doubt. Quarterly visits were made by Wesley or his preachers to check on the spiritual status and progress of those who held tickets.

Capon closes his story of the Wesley brothers relating John’s death in his house next door to Wesley Chapel on City Road in London.

The brand plucked from the burning at Epworth 82 years  before, which had set all England alight by the heat of its flame, was finally extinguished.

The Old Rectory in Epworth, the home of the Wesley family, will be open for free tours as part of National Heritage Day on Sept. 14

When Wesley lived at the British colony in Savannah, Georgia, he was introduced to the early years of the slave trade in the colonies. Years later, he wrote in opposition to slavery.